A SOLAR FAMILY COMPANY SINCE 1978

Stay up to date with Sunerg

MULTI pack is a storage solution with powers ranging from 9,6 to 24 kWh battery system.
Inverter intelligently manages the solar system by initially directing the generated solar  power to the loads . Batteries are charged by only ecxess produced power. Battery discharging only takes place during times of high consumption, nighttime and during times of limited solar production, resulting in improved overall  efficiency of the system and extended battery life. In this way, the self-consumption of solar energy is optimised.
< Back 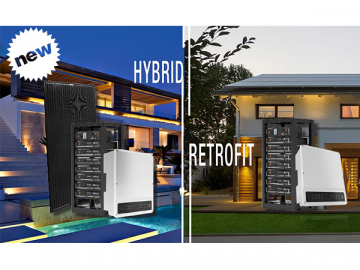 END_OF_DOCUMENT_TOKEN_TO_BE_REPLACED
MORE PROJECTS OF OUR PARTNERS